Heavy, Scout, and company on your screensaver 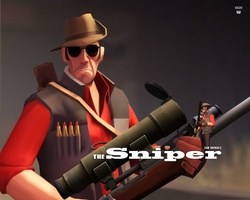 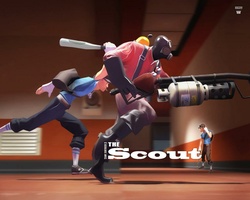 Advertisement
Team Fortress 2 is one of the most popular first-person shoot 'em ups in the last couple of years. So much so that Valve, its developer, has turned it into a free2play game for which they only receive money through micro transactions.

This screensaver basically shows you a series of images from the game (more than 100) while you listen to its awesome soundtrack.

The screensaver's options let you change the duration of each image on the screen, the order in which they appear, and if you want them centered or stretched, with transitions, and so on.

If you enjoyed Team Fortress 2, don't even think about it. It's an excellent screensaver.
Reviewed by Andrés López Translated by Pablo Damián
Advertisement

There are opinions about Team Fortress 2 Screensaver yet. Be the first! Comment

Call Of Duty Special Edition Screensaver
The most impressive shooter game of all time for your desktop
Watery Desktop 3D
Add water effects to your desktop
Ironman Screensaver
What if Ironman protected your computer?
Harry Potter and the Half-Blood Prince
Great screensaver with images from the sixth movie
300 The Movie
Frank Miller graphic novel comes to your screen too
Super Mario Bros Level 1-1
Let Mario appear if you are away
Superman Returns
Superman returns... to protect your screen
System47 Screen Saver
Great screensaver for fans of Star Trek
Advertisement